BEIRA, Mozambique — Daviz Simango grew up in Beira, Mozambique, the port city on the Indian Ocean, and has been mayor since 2003. He has seen many changes in Mozambique’s fourth-largest city, including the weather: Flooding has worsened over the years, he observed.

“Climate change is there,” Mr. Simango, 55, said during an interview in December. “Things are changing in the city.”

The country has been taking steps to confront the danger of extreme weather — with the help of global organizations. But there are not nearly enough resources.

Because of its low-lying coastal perch, this city of about 530,000 is especially vulnerable to cyclones, violent storms, ocean surges, and flooding from rivers and creeks.

Storms seem stronger and hit beyond the regular rainy season from December to April.

In March, Cyclone Idai ravaged southeastern Africa in the “worst extreme weather event to occur so far this year,” according to the United Nations International Strategy for Disaster Reduction. As the cyclone made landfall on March 14, heavy rain and unusually strong winds pummeled Beira and other parts of central Mozambique, as well as neighboring Malawi and Zimbabwe. At least 2.8 million people in the three countries were affected.

The storm killed 598 people in Mozambique and as of early April injured more than 1,600 because of falling trees and debris, according to the government. More than 130,000 people across the country were displaced.

In Beira, about 300,000 people who live in flimsy housing in crowded, haphazard settlements are especially vulnerable to natural disasters. Dirty, stagnant floodwaters also breed mosquitoes and deadly diseases. In Mozambique, there were about 6,600 cholera cases and nearly 15,000 malaria cases in one province, as of April 22.

About six weeks later, Cyclone Kenneth hit northern Mozambique, killing at least five people and destroying nearly 30,000 homes. It was the first time that two cyclones have struck Mozambique in the same season.

Mozambique ranks third in Africa for vulnerability to climate change. It has about 2,300 kilometers (more than 1,400 miles) of coastline along the Indian Ocean — about 300 kilometers longer than the entire western coast of the United States — as well as nine river basins prone to flooding. The country has a history of natural disasters. In 2000, storms and flooding killed 800 people. 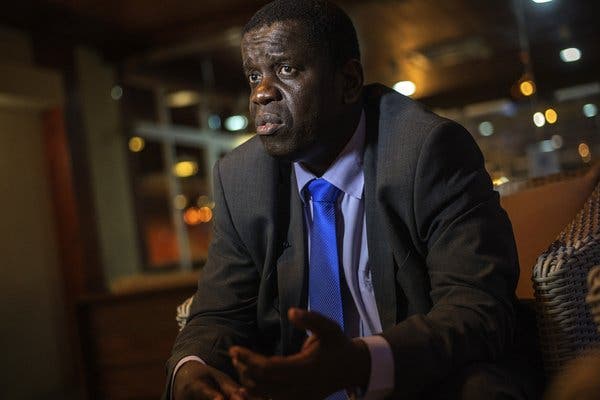 “Urbanization is a major driver of risk on this continent,” said Michel Matera, senior urban specialist at the World Bank based in Maputo, the capital.

In Beira, the population is projected to double in the next 10 to 15 years, Mr. Simango estimated.

This city, known for once-grand buildings abandoned by Portuguese colonialists, has already been trying to fortify itself against climate change.

But it is impoverished people like Eliza Shica who are most vulnerable to extreme weather.

In December, Ms. Shica, 25, stood outside her modest cinder-block house alongside Beira’s new drainage canal, cradling her 3-month-old baby. The mother of three said that the creek outside her home would flood during the rainy season each spring. “It was really bad,” she said. “There was water everywhere. Water came into the house.” The canal, Ms. Shica said, stanched flooding.

With thousands of people still displaced in Beira, it is unclear how Ms. Shica and her family fared after Cyclone Idai. Even months before the havoc from the cyclone, Mr. Simango said, “You see a lot of families taking off days or weeks from work, sleeping on tables, removing furniture. They are suffering a long, long time.”

The new infrastructure was planned and built starting in 2012 with $120 million of credit from an arm of the World Bank. “The challenge is huge. More work is needed in terms of investment and maintenance of the system,” Mr. Matera said.

A few days after Cyclone Idai, the World Bank approved a $90 million grant to support Mozambique’s second disaster risk management plan, which includes making school infrastructure more resilient to storms. And on May 3, the World Bank announced an additional $545 million in financing for Mozambique, Malawi and Zimbabwe to rebuild infrastructure and water supply, and support early storm warning systems, among other projects.

In Beira, Cyclone Idai’s strong winds were more destructive than the floodwaters. Wind destroyed everything from houses to schools, hospitals and factories, Mr. Simango said. “The wind damage was way beyond anything ever experienced in Beira before,” said Ben Lamoree, a Dutch consultant who leads Beira’s post-cyclone recovery task force. Wind damage “was the real catastrophe, while the limited flooding was probably experienced as ‘normal.’”

New buildings that can withstand winds up to 150 miles an hour are being discussed with the United Nations Human Settlements Program (U.N.-Habitat) and other humanitarian agencies. That and many other issues will be on the agenda during a donors’ conference in Mozambique at the end of May, as part of a larger recovery plan.

Mozambique has also started other adaptation measures. With support from the United Nations Development Program, the country carried out a pilot program from 2012 to 2017 that improved meteorological monitoring and climate data collection. Under the program, local disaster management committees were formed in towns to organize early warning and evacuation systems.

Beira was also building an urban park around a river mouth with about $30 million from the Climate Investment Funds, a group of government donors, and KfW, the German development bank. The green space was meant to improve drainage to the sea and provide more trees to delay rain runoff.

Before, an urban creek overgrown with vegetation and clogged with trash obstructed the flow of water.

The Dutch government funded a new master plan for Beira to expand on higher ground, improve drainage, and fortify its port, among other measures. And in 2012 the government approved a national climate change mitigation and adaptation plan, though implementation depends on funding.

But plans are easier to make than to pay for and execute.

“Strategies themselves are not the bottleneck,” Mr. Lamoree said. “What is lacking is the necessary investment in infrastructure that is required to achieve flood protection. The money is simply not there, and donors are unwilling to finance.”

He added that countries like the Netherlands and Bangladesh invested about 1 percent to 2 percent annually in flood protection. “For Mozambique, with its vulnerability and low gross domestic product, the figure could be higher,” Mr. Lamoree said.

Challenges abound for resource-strapped developing countries. Africa’s coastal and riverside communities suffer from storms and flooding. At the other extreme, the continent’s hot, arid areas are highly vulnerable to drought. Both natural disasters can occur in proximity to each other.

In inland Mozambique, “10 kilometers away from river flooding, there are communities suffering from drought,” said Janeiro Avelino, former program specialist at U.N.D.P. based in Maputo. “It’s quite a unique situation.”

A version of this article appears in print on May 12, 2019, on Page A10 in The International New York Times. Order Reprints | Today’s Paper | Subscribe
https://www.nytimes.com/2019/05/12/climate/mozambique-climate-change-protection.html?searchResultPosition=2