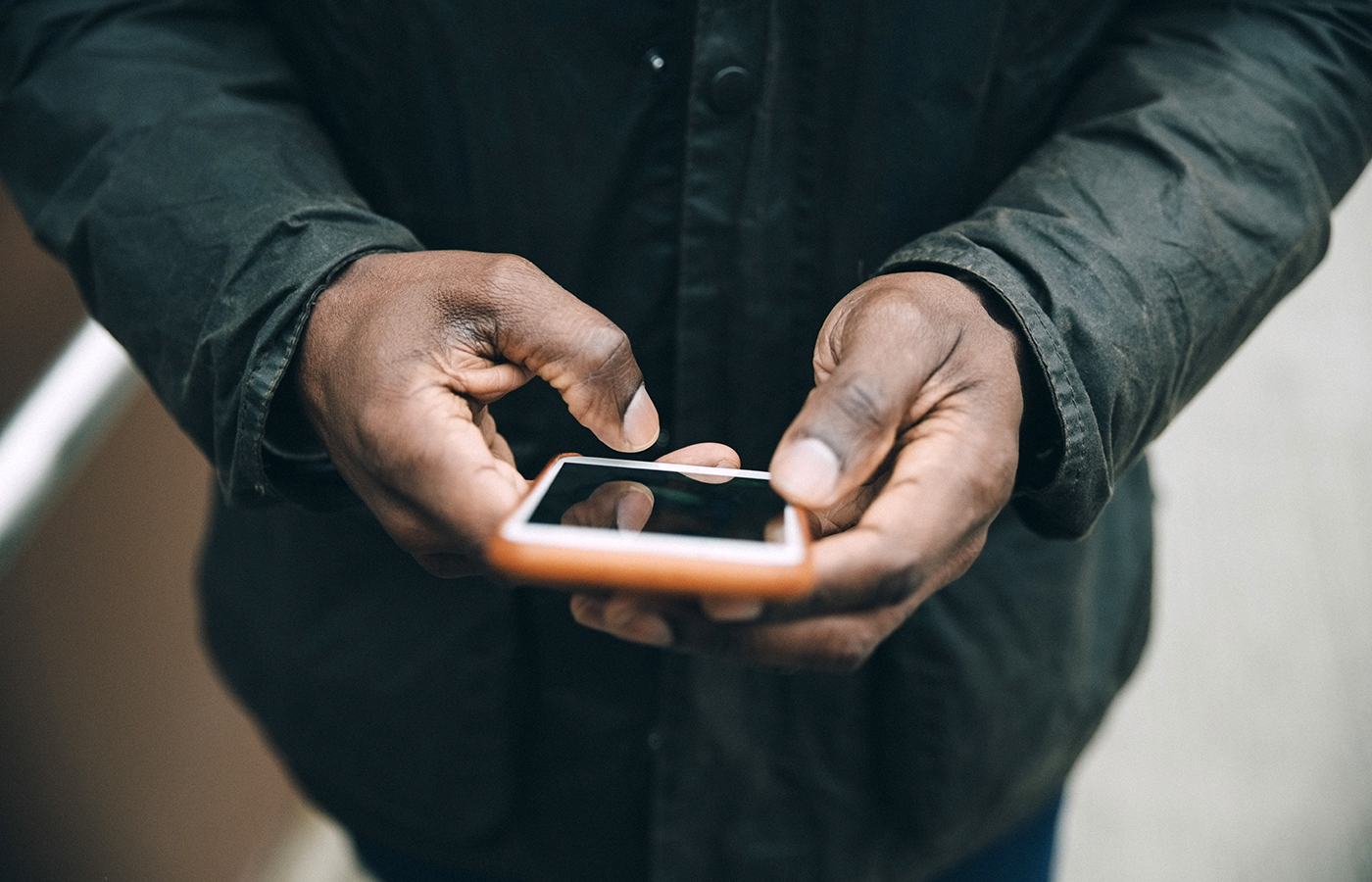 PHOTO BY MASKOT/GETTY IMAGES Since 2016, organizers have identified campaigns sowing falsehoods about the pandemic and the presidential election and have worked to counteract them. Why you can trust us

Earlier this year, Jessica Ann Mitchell Aiwuyor saw a friend arguing on Twitter about Black identity. Aiwuyor noticed that the Twitter account her friend was fighting with was a new one, with zero followers and also wasn’t following anyone else. She told her friend he was probably arguing with a bot or troll. The revelation stopped the online debate in its tracks: her friend stopped engaging with the suspicious account.

When Aiwuyor tells others that infuriating online debates could be with bots or trolls, those incendiary exchanges begin to come into focus, and lose some of their power. “They are happy to hear they haven’t lost their minds,” said Aiwuyor, a communications specialist based near Washington, D.C.

Indeed, her friend may have been a victim of a broad disinformation campaign aimed at the Black community in the U.S. by Russian-backed Internet Research Agency or other bad actors.

Groups are countering disinformation aimed at the Black community by spreading accurate information, becoming reliable resources in communities, and tapping local influencers to be trusted messengers.

During the 2016 presidential campaign, “no single group of Americans was targeted by IRA information operatives more than African-Americans,” according to a Senate Intelligence Committee report released in October 2019.

Ahead of the general election, U.S. intelligence agencies such as the FBI have been sounding the alarm about disinformation and malicious attempts to “manipulate public opinion, discredit the electoral process, and undermine confidence in U.S. democratic institutions.”

Aiwuyor was alarmed about the ongoing problem, and this October launched the National Black Cultural Information Trust to challenge disinformation.

Disinformation—falsehoods and rumors, purposefully meant to cause harm—is “a perpetual attempt to tarnish and erode our democracy,” said the NAACP in October.

Along with the National Black Cultural Information Trust, the NAACP and other groups are countering disinformation aimed at the Black community by spreading accurate information, becoming reliable resources in communities, and tapping local influencers to be trusted messengers.

Ahead of 2016 elections, Blacktivist, a Russian-created campaign with social media accounts, spewed intentionally divisive posts and racked up 11.2 million engagements on Facebook alone, such as likes and shares.

Black people are particularly vulnerable to false health information because they are more likely to have existing and untreated health conditions.

Twitter in October suspended fake Black accounts after shutting down nearly 1,600 accounts, including some based in Iran that inflamed conversations about Black Lives Matter and other racially charged issues. Facebook also recently suspended hundreds of fake accounts.

Recent disinformation has spread falsehoods about voting station locations, or that voting by mail doesn’t work. In Michigan, people are receiving robocalls claiming that voting will put people on government watchlists, said Rai Lanier, a director at nonprofit Michigan Liberation.

Other falsehoods claimed that Black people couldn’t contract COVID-19 or that the virus is caused by 5G cellphone technology. Getting reliable information “is a life or death situation. It’s not intellectual conversations,” said Nse Ufot, executive director of New Georgia Project, a civic engagement nonprofit.

Black people are particularly vulnerable to false health information because they are more likely to have existing and untreated health conditions. Distrust exists in Black communities “due to a long-documented history of medical experimentation, neglect, and the limited diversity of the medical profession,” according to a report from the Shorenstein Center at Harvard Kennedy School.

Voter suppression, intimidation, and propaganda are not new, but the internet makes it easier to spread.

But various organizations are combating disinformation in innovative ways. New Georgia Project, based in Atlanta, forges connections with young people, especially Black and other people of color, through hackathons and video game launches to get them interested in elections. In November 2019, some 150 coders, designers and esports players attended a “game jam” to come up with apps and games to demystify elections.

Those connections with communities help defuse falsehoods and rumors. “The more they see us as a trusted messenger, the better we get at combating disinformation,” Ufot said.

It even made a cheeky video featuring pole dancers. “There’s nowhere we won’t go to meet our folks,” Ufot said. She estimated the New Georgia Project has reached 3 million Georgians of color via social media in 2020.

There are signs that outreach has resonated with people. In 2014, New Georgia Project registered roughly 69,000 new voters. It has registered 455,000 Georgians in total since its founding.

The National Black Cultural Information Trust released a short guide about disinformation that warns about “digital Black face,” in which fake social media accounts and bots masquerade as Black people to discourage voting and create conflict within Black communities.

The guide advises checking social media accounts for suspicious signs by asking whether they were just recently created, or had very few or zero followers. “Beware of abnormal social media handles, accounts with no profile photos, or strange images and vernacular,” the group advises.

During the 2016 election, disinformation was “actually targeted to make sure Black voters were not fully able to express our political power,”  he said.

Banks was aware of academics and analysts gathering data on disinformation campaigns. He started Win Black/Pa’lante to “listen and learn from that research quickly and create content that groups across the country could use.”

Voter suppression, intimidation, and propaganda are not new, but the internet makes it easier to spread. “These are old-school tactics but weaponized with digital media,” observed Ashley Bryant, co-lead of Win Black/Pa’lante.

Win Black analyzes disinformation trends on social media and then arms about 100 progressive organizations and advocacy partners in 21 states with accurate, catchy content to share on social media. It has reached millions of people through posts and videos.

However, organizations sometimes need training and tools to accurately spread awareness. “Without education, a lot of groups are inadvertently amplifying these narratives,” said Bryant.

Education may need to be tailored to reach the grassroots level. Nonprofit First Draft administers a two-week disinformation training course by SMS text messages in English and Spanish. It sends daily lessons via text because people might lack robust internet connections, especially during the pandemic lockdown. The SMS lessons have reached dozens of community organizations like youth groups and women’s clubs and hundreds of individuals.

Messages in mainstream media and newspaper op-eds also may not reach people on the ground or resonate with marginalized groups, so trusted messengers within communities are key.

The National Black Cultural Information Trust also raises awareness through events such as a virtual town hall on reparations with Black academics and other experts. An upcoming webinar will feature The Christian Recorder, the newspaper of the influential African Methodist Episcopal Church.

“You’re more likely to trust people you can see and engage with,” said founder Jessica Aiwuyor.

In addition to church leaders, NBCIT reaches out to other important Black influencers, including Black media like podcasts, radio stations in Philadelphia, Washington, D.C., and Louisiana, and newspapers such as The Afro, and public television outlets and cable, such as Black News Channel.

Aiwuyor also spreads the word through Black Bloggers Connect, an online community and newsletter with 10,000 members that she started as a graduate student in 2009.

Disinformation is in the spotlight because of elections, but it also widens fissures within the Black community that can have long-lasting impact. Bad actors “are using our cultural conversations to sway the way we think about each other and ourselves,” Aiwuyor said.

Disinformation can, for example, stoke “animus for a Jamaican or an African immigrant and blame them for our social woes or vice versa. Then that sways how we think about immigration,” she explained.

“It’s kind of attacking us from within. It’s using our cultural conversations against us,” said Aiwuyor. “It harms our ability to unite around issues. What we need to do is band together.”

Reprints and reposts: YES! Magazine encourages you to make free use of this article by taking these easy steps.REPUBLISH THIS ARTICLE

Inspiration in Your Inbox.